Emily is currently in her first year of college and is playing volleyball at Pima Community College. She is studying Physiology to become a surgeon.

Emily began coaching with Zona during the 2016 club season. 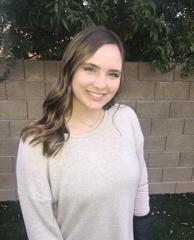